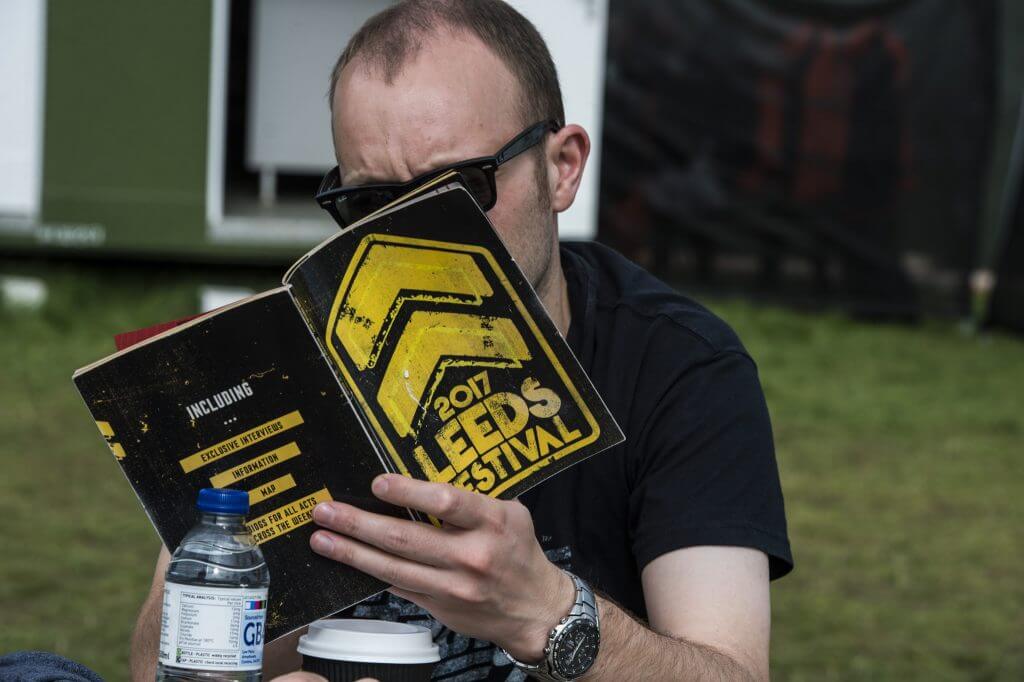 Leeds Festival 2017 and this year I was working for Festival Republic who run the whole show. It was great being part of the team; genuinely nice people – accommodating, co-operative, supportive. Everyone got on well and it was just a really positive experience. We all had our own, set schedule but were asked if there were any bands we particularly fancied and I got everyone I wanted bar one…or two if you count Queens Of The Stone Age. Sadly I missed the fact that QOTSA were on the NME stage – it was in fact a secret gig. However, all was not lost, I rocked up anyway and they managed to squeeze me into the pit for some mid range shots of the crowd and the band, so between us we captured all angles. 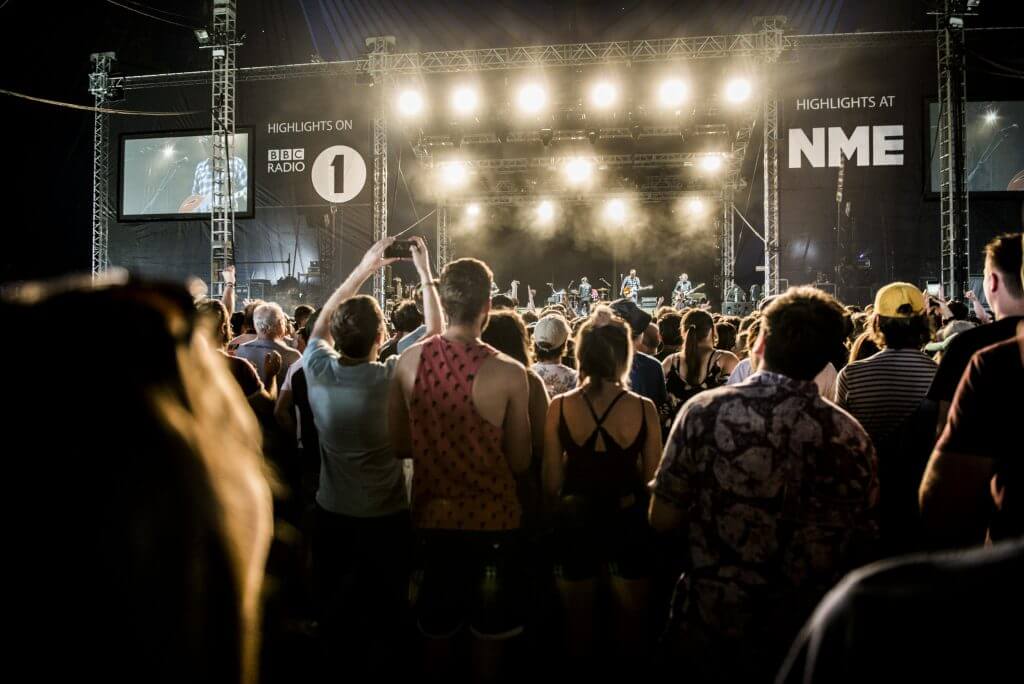 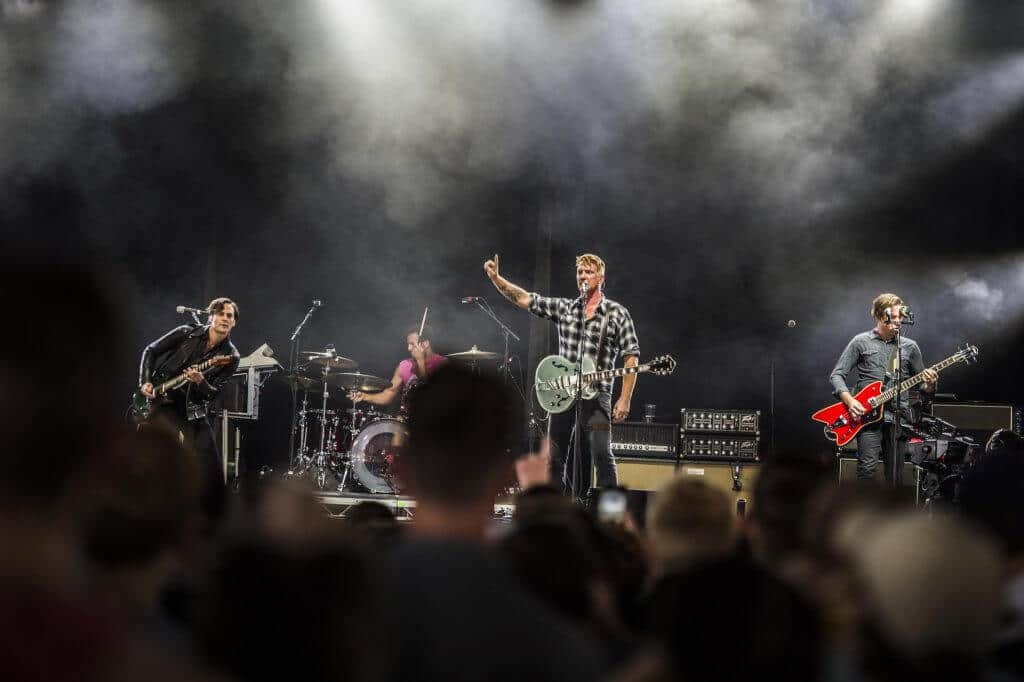 As it turned out I was then at the right end of the festival for my next scheduled event – Muncie Girls on the Lock-up stage where we had a bit more freedom in terms of stage access and time. I hadn’t seen this band before but they delivered a pretty good set and I stuck around ready for another, effectively secret gig from ‘The Pretty Boys’ who turned out to be Bedfordshire band Don Broco. The tent was packed by the time they came on, they got a brilliant response and I got some great shots from the side and the back of the stage. 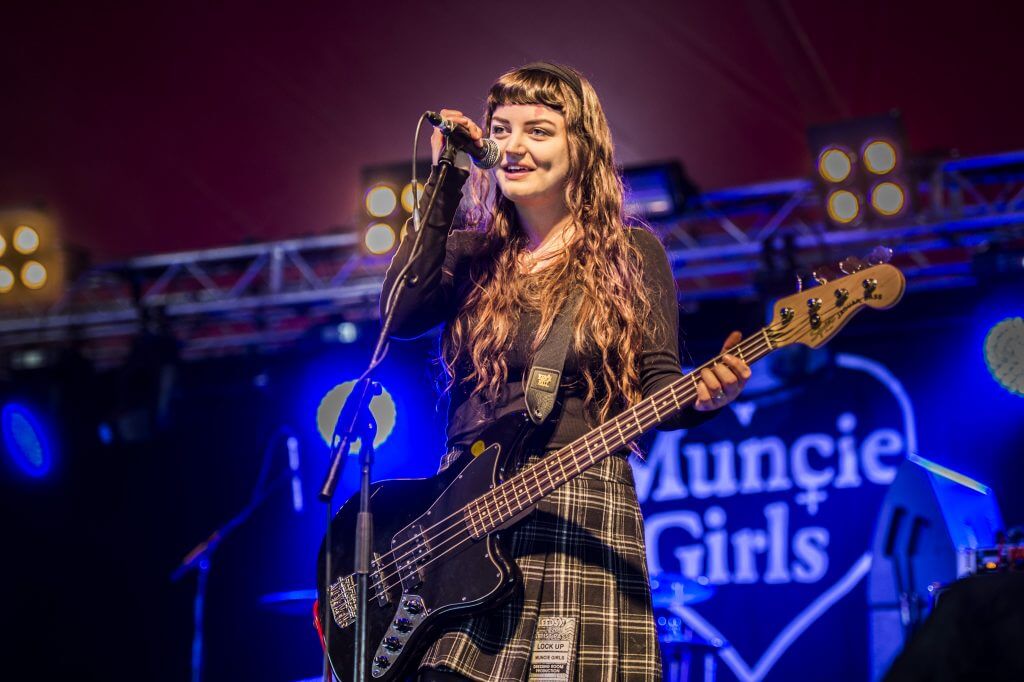 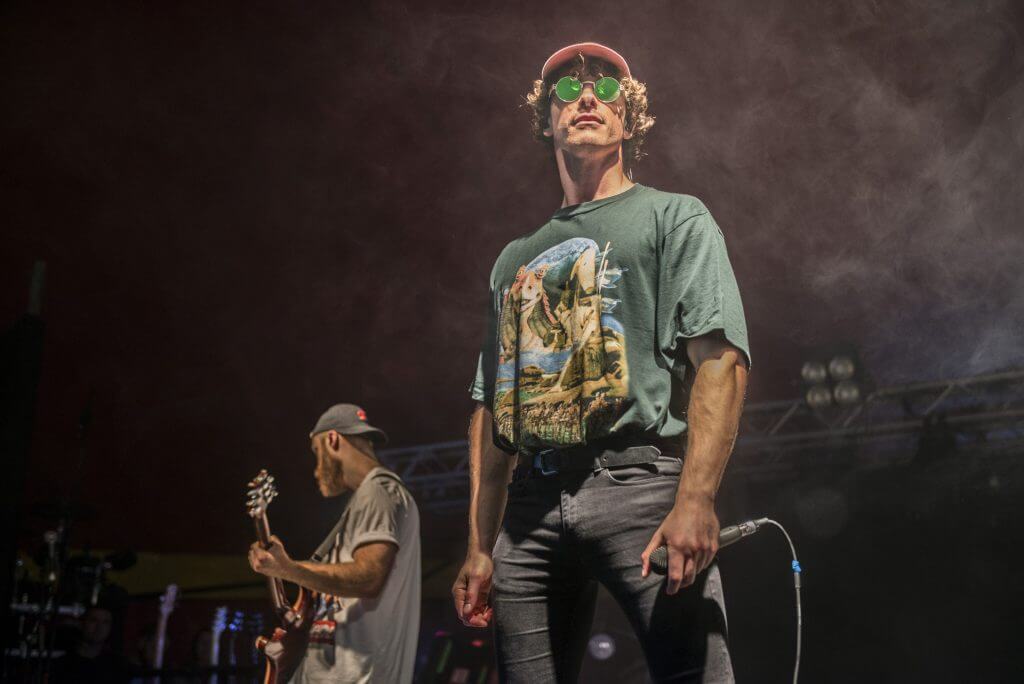 Artist The PrettyBoys , Stage The Lock Up

As you can see, the sun was shining and everyone at the main stage was having an amazing Leeds Fest. 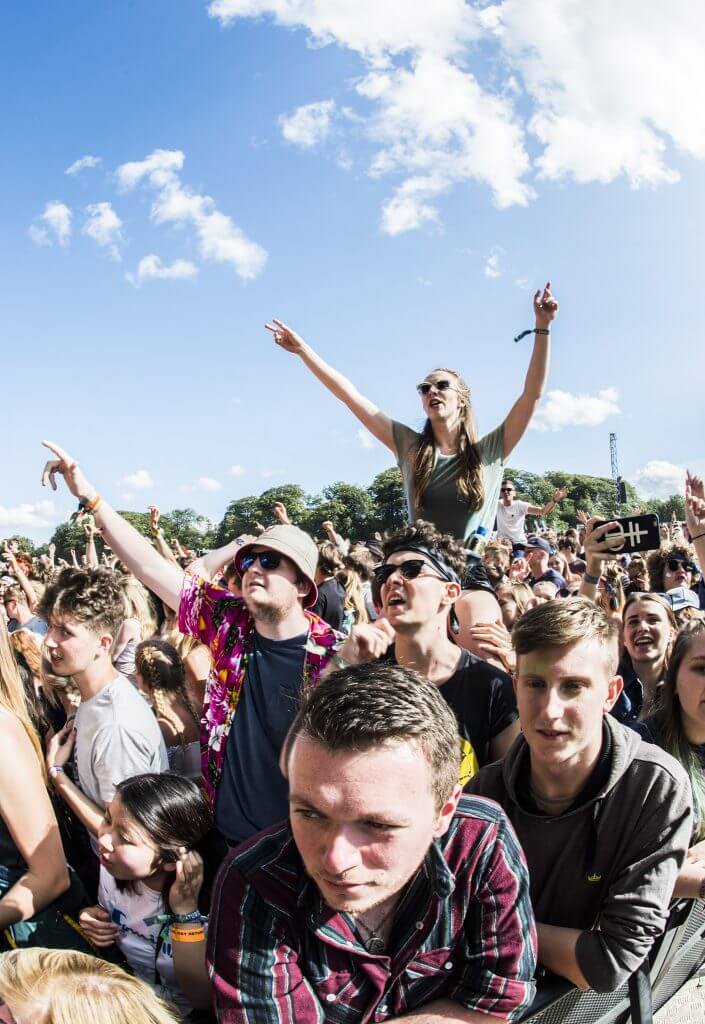 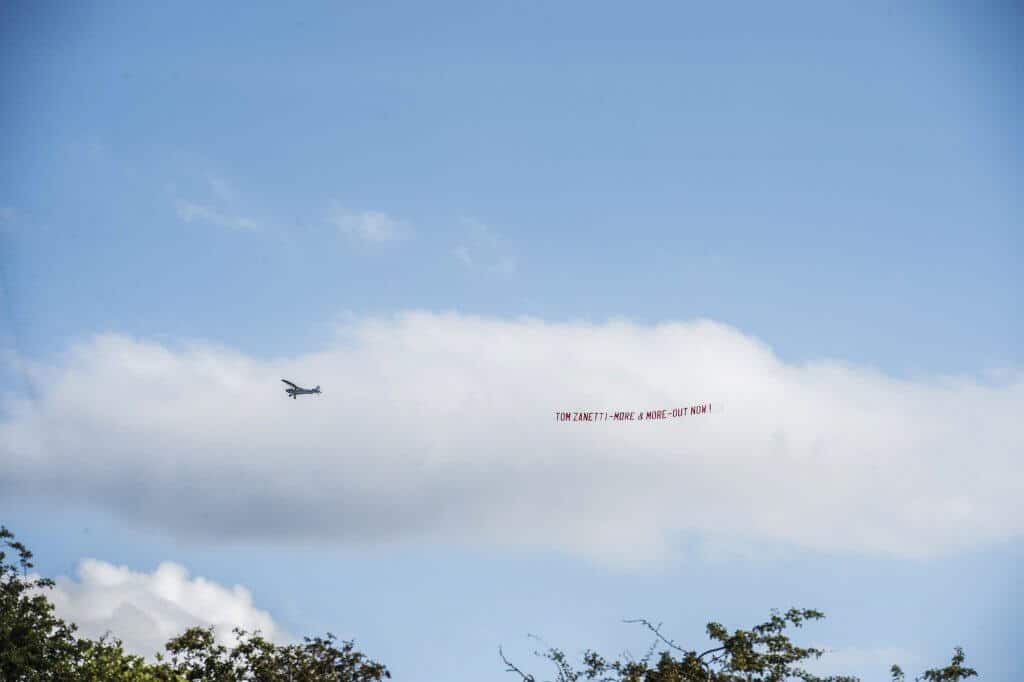 Punk band Counterfeit weren’t on my list but I managed to grab some bonus shots there and they were hugely entertaining, getting in amongst the crowd. I left just as things were getting a little bit too crazy… 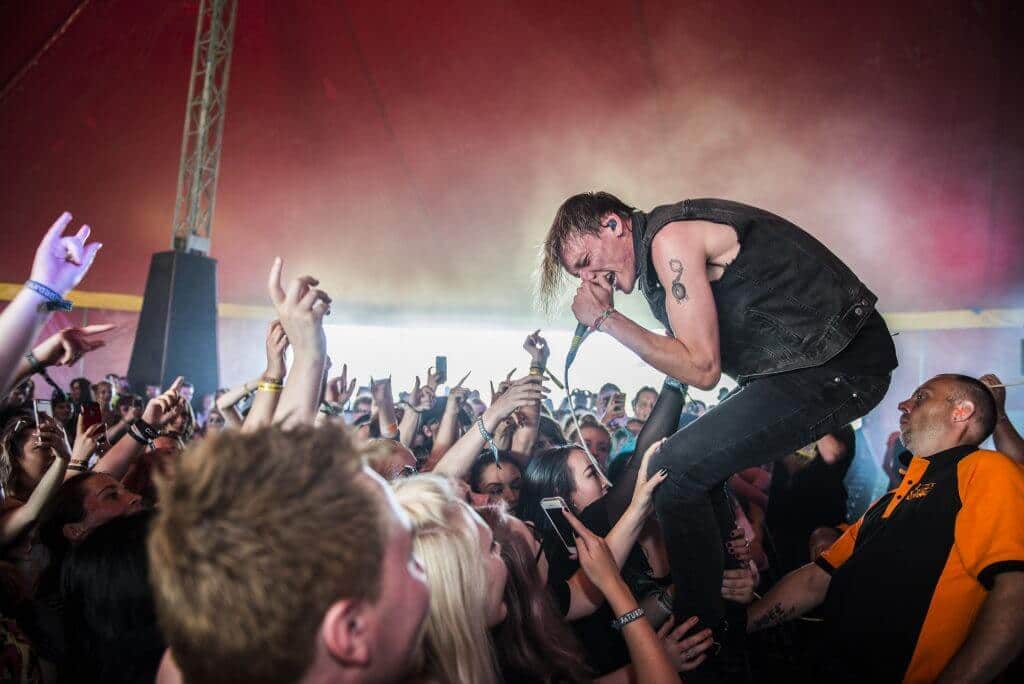 Artist Counterfeit, Stage The Lock up 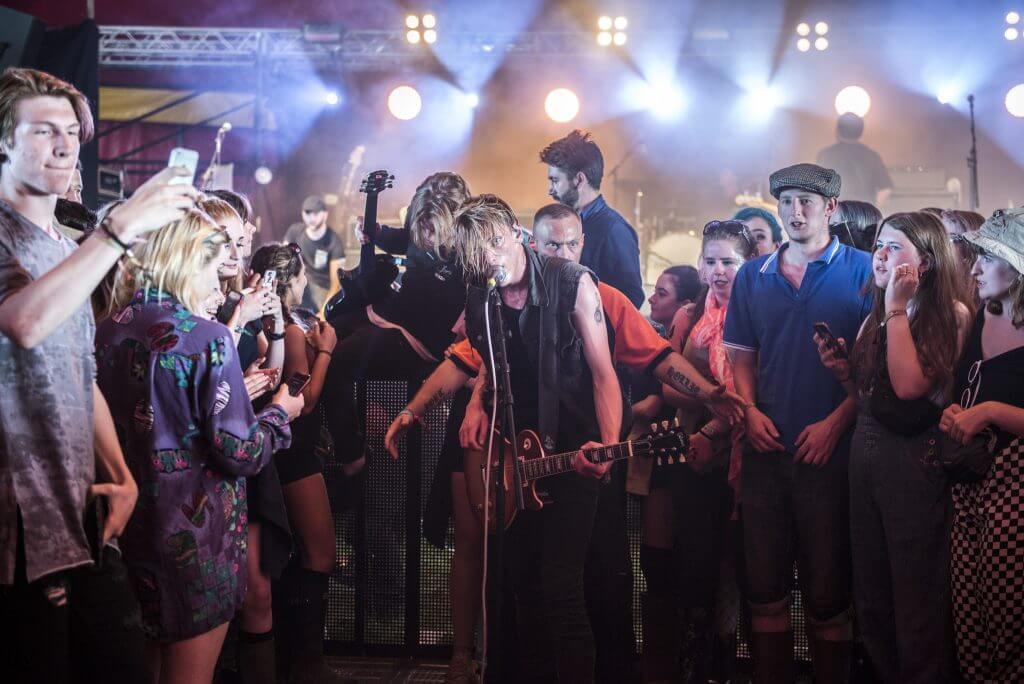 Artist Counterfeit, Stage The Lock up

Next up, DJ SHY FX where I headed to the back first to capture the light show and the R1 dance tent crowd. Again, brilliant vibe and energy. 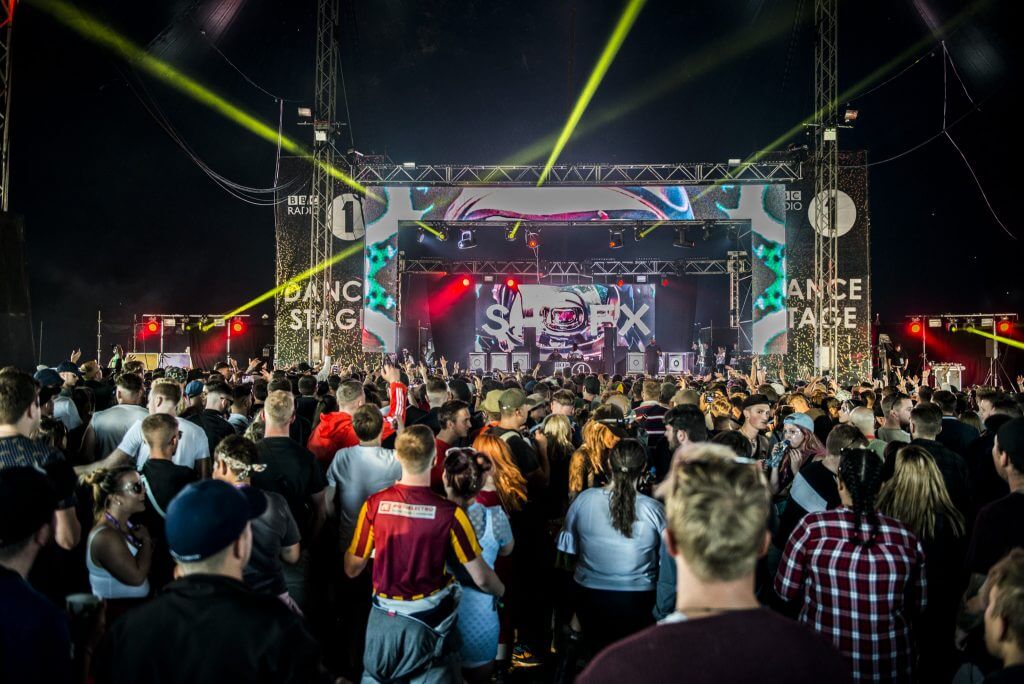 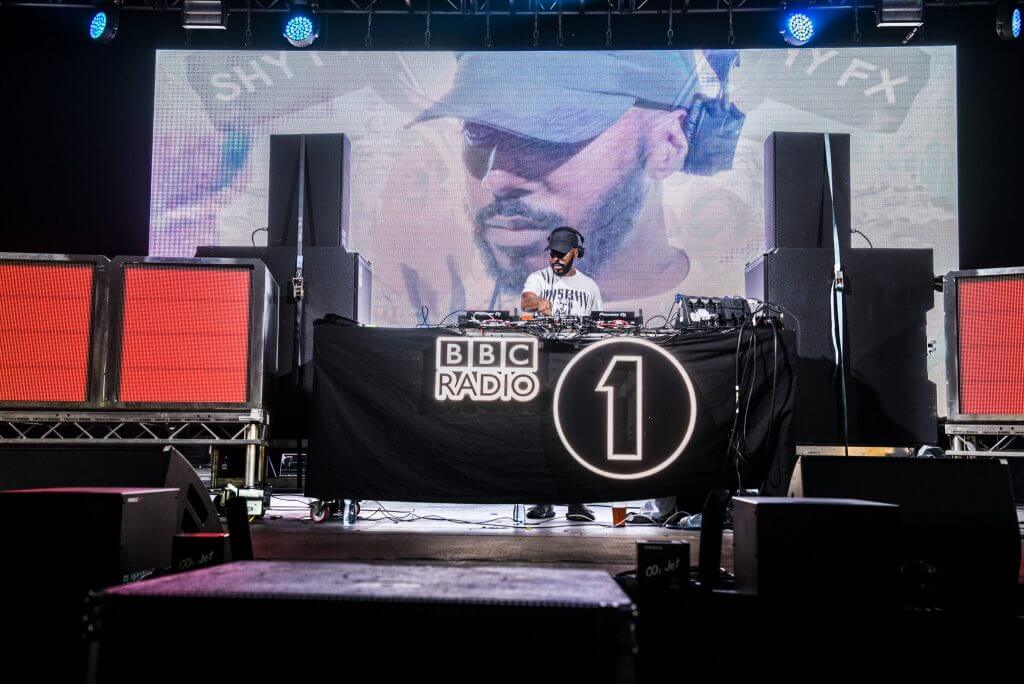 And winding up day two the always amazing Kasabian on the main stage, performing to a packed crowd. 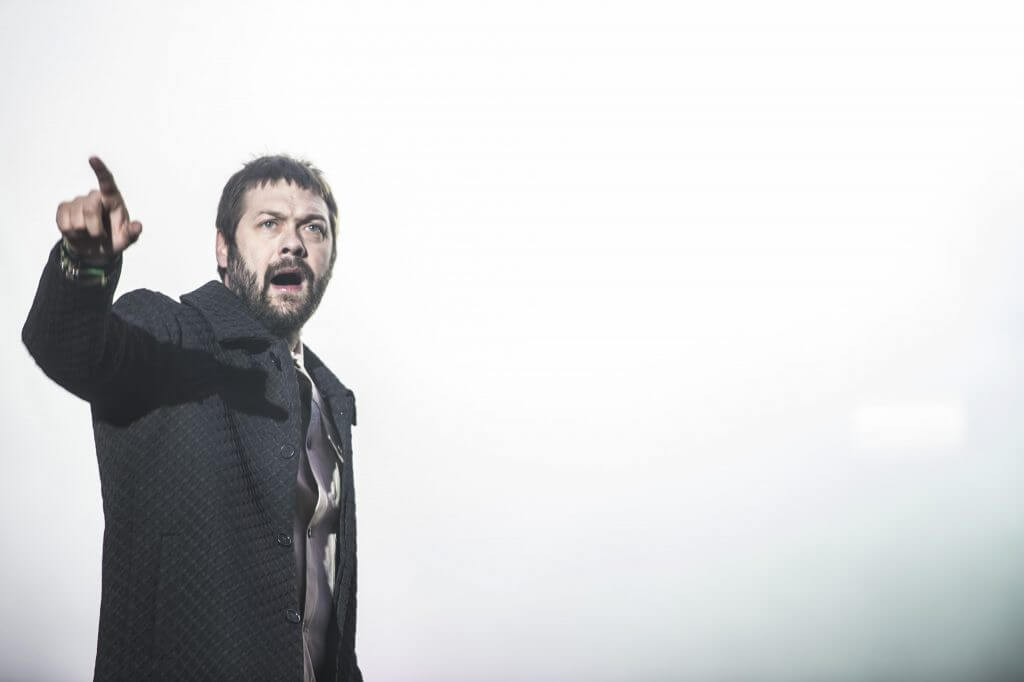 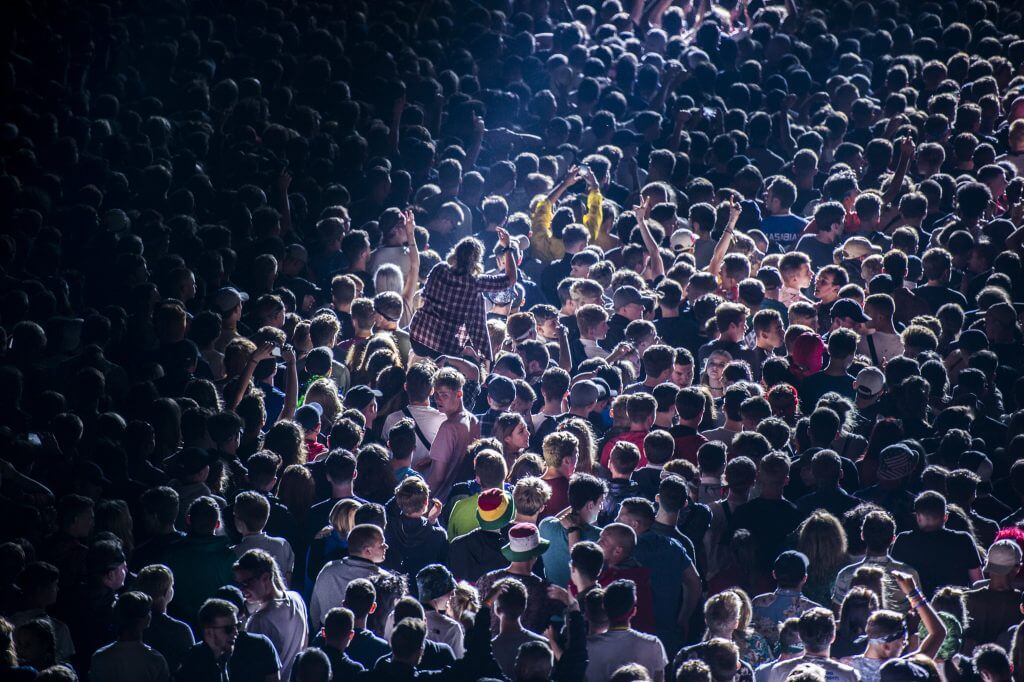 Day three,  and the sun was still shining, hotter than ever. Pretty Reckless was first up for me on the main stage, a cool US rock band fronted by former actress and model Taylor Momsen. 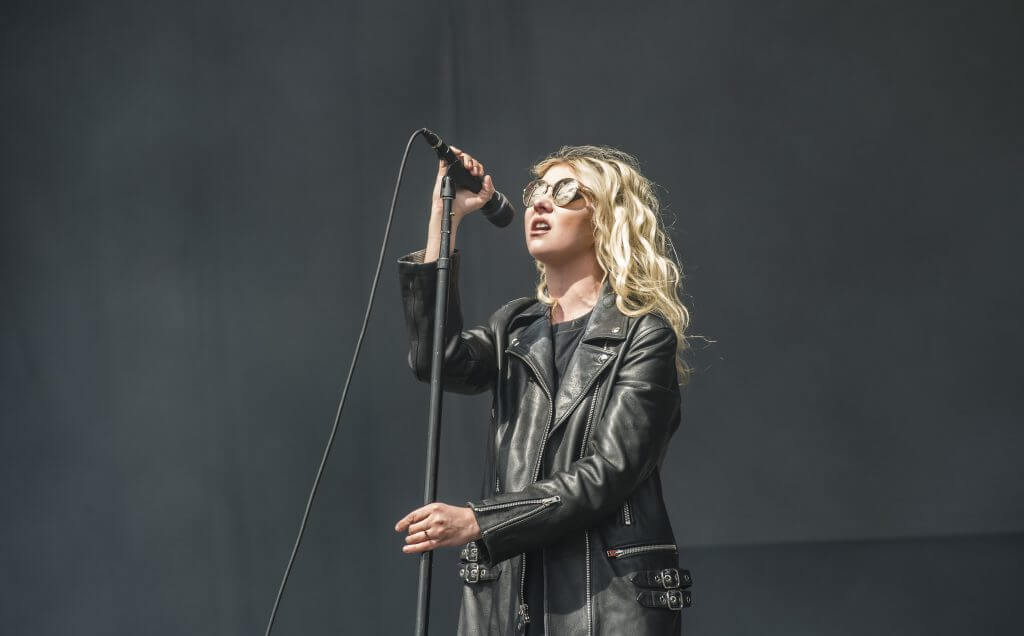 Next up, At the Drive In and lead Cedric Bixler seemed more keen on jumping around and wrecking the joint than facing his audience. No idea if this is just standard band behaviour but the latest album is called Accelerate Cognitive Dissonance. They were hugely entertaining – really enjoyed it. 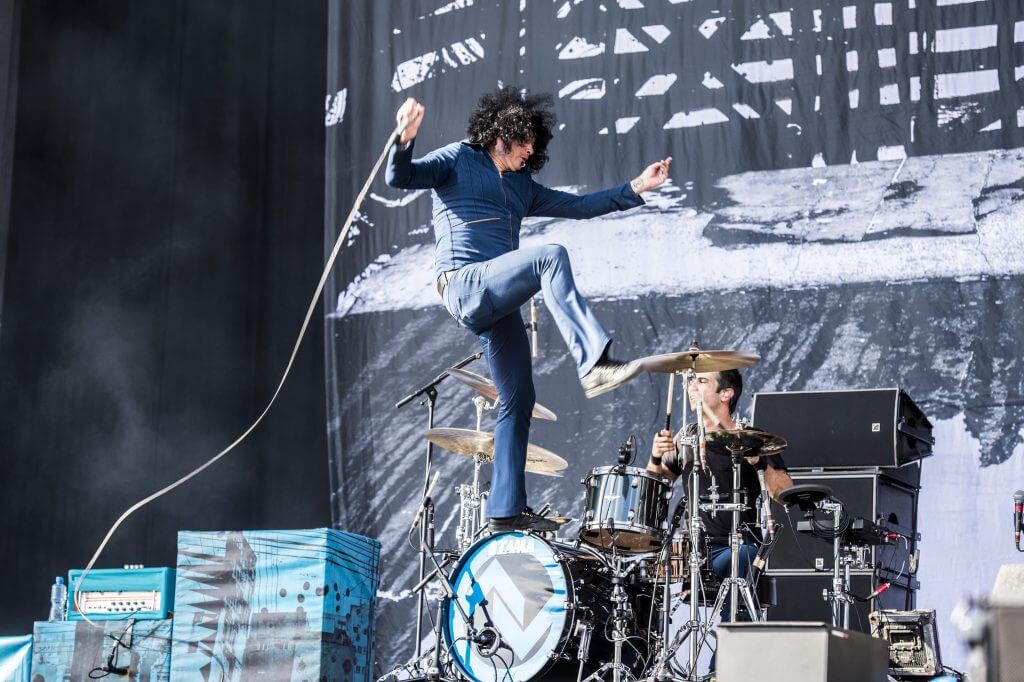 Artist At The Drive In, Stage Main

Nu metal band Korn I’ve seen many times and they’re always great. I got up in the tower to capture this shot but I also really like the one of Brian ‘Head’ Welch below from the pit (not sure if he’s any relation – how cool would that be?!). 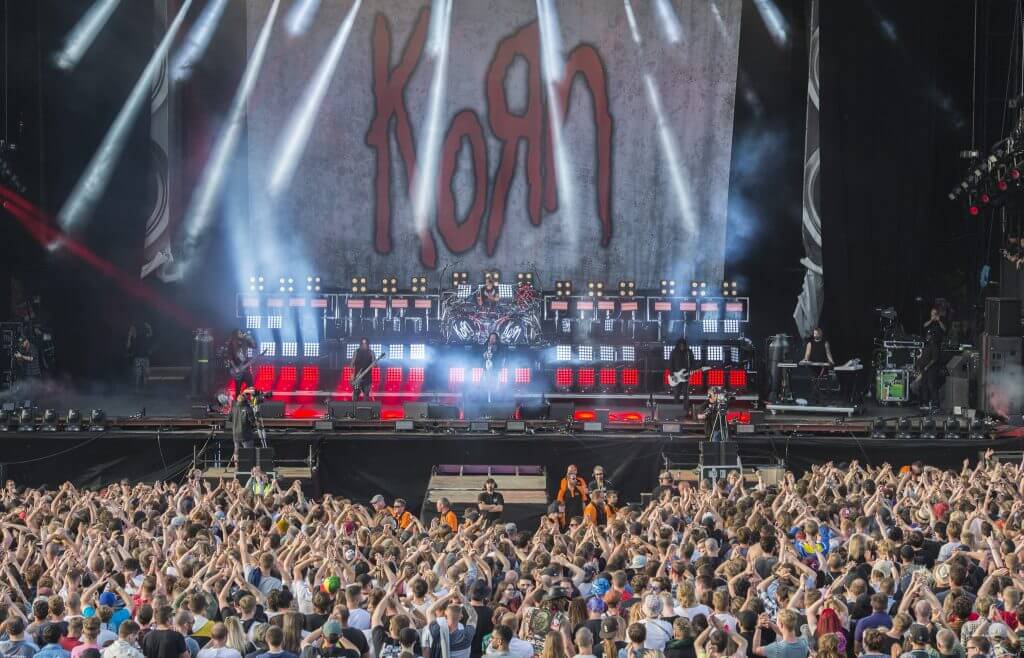 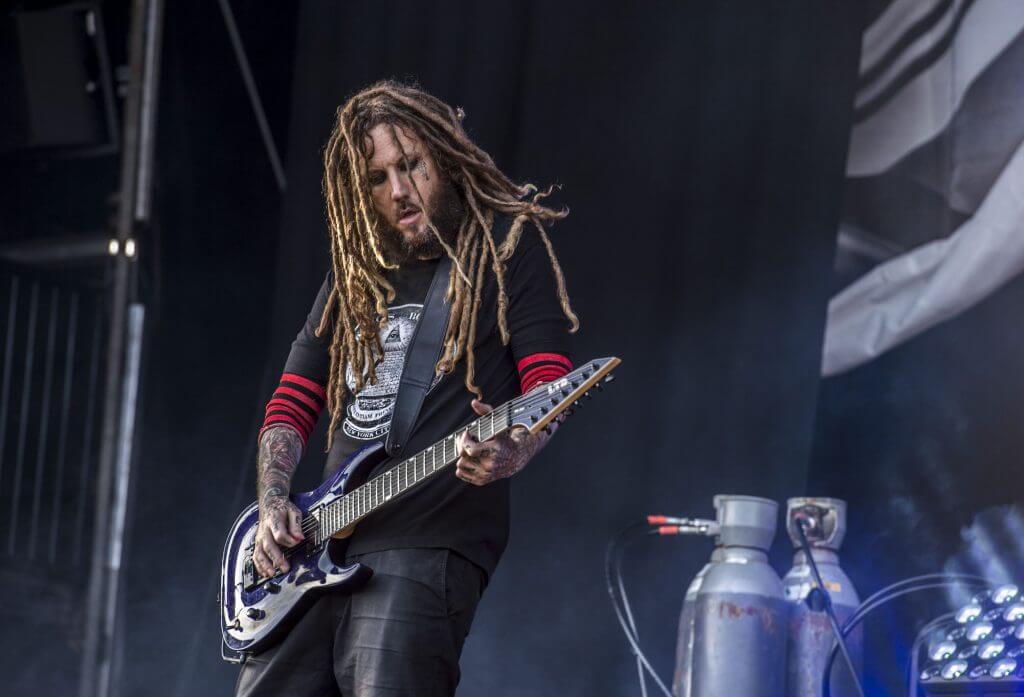 I wasn’t down to do Major Lazer but swapped so we could get the cover we needed and I was really happy to be there as the sun went down. Crowd-surf zorbing and loads of freebies chucked in. Perfect really. 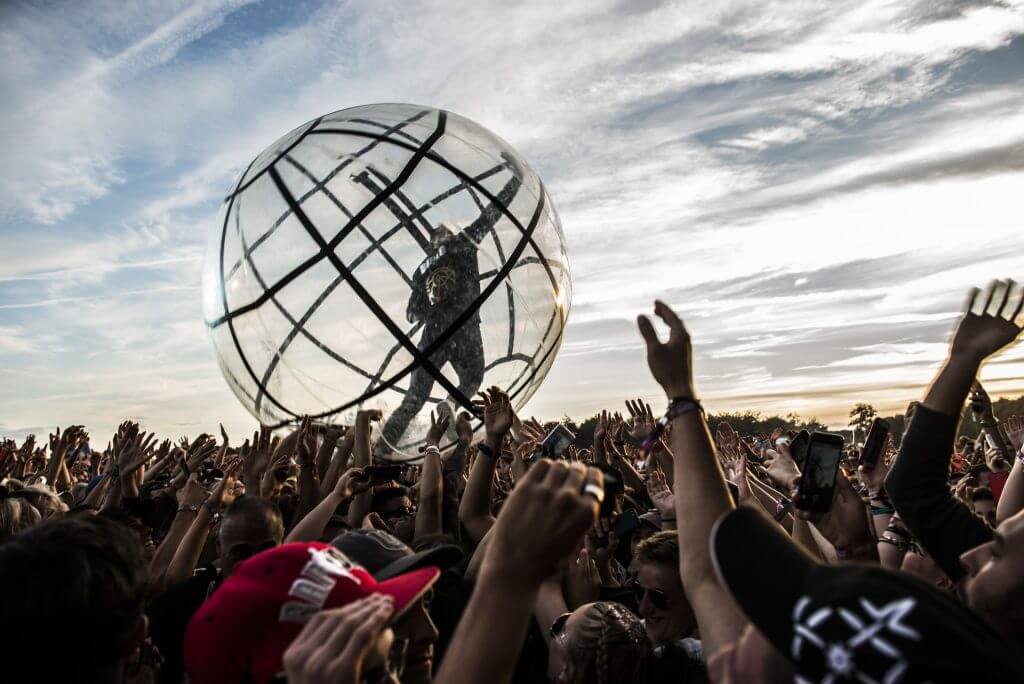 Then I was off to see the lovely Glass Animals who I know pretty well, having shot them for a Q feature earlier this year. I was given side of stage so I had a quick chat to the tour manager and we worked out where I could go – it’s always useful to have inside info on when someone’s going to jump on the drum kit. In the end I stayed for the whole set and went round afterwards to say hello. They were as friendly as ever and enjoying their Leeds experience. They’re nominated for the Mercury Music prize and then off on tour again. Life is good. 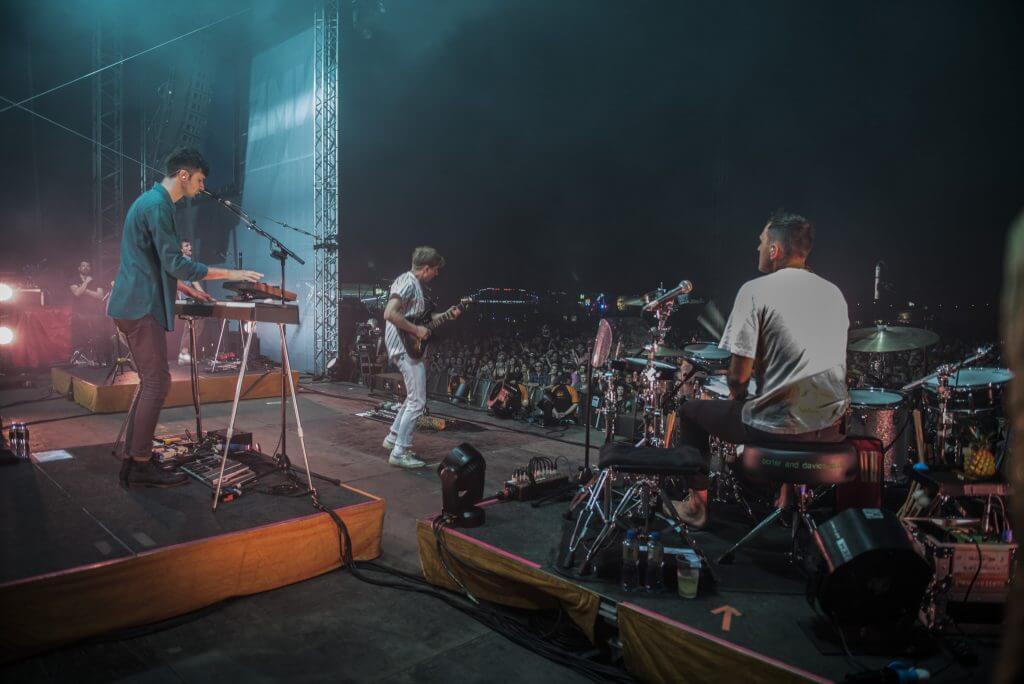 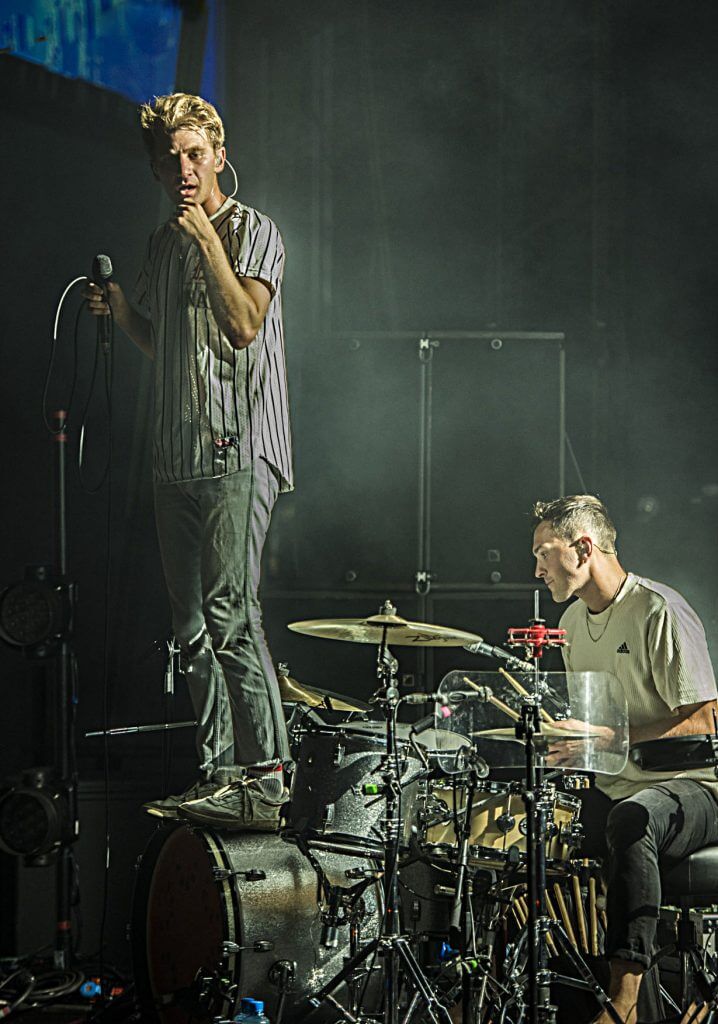 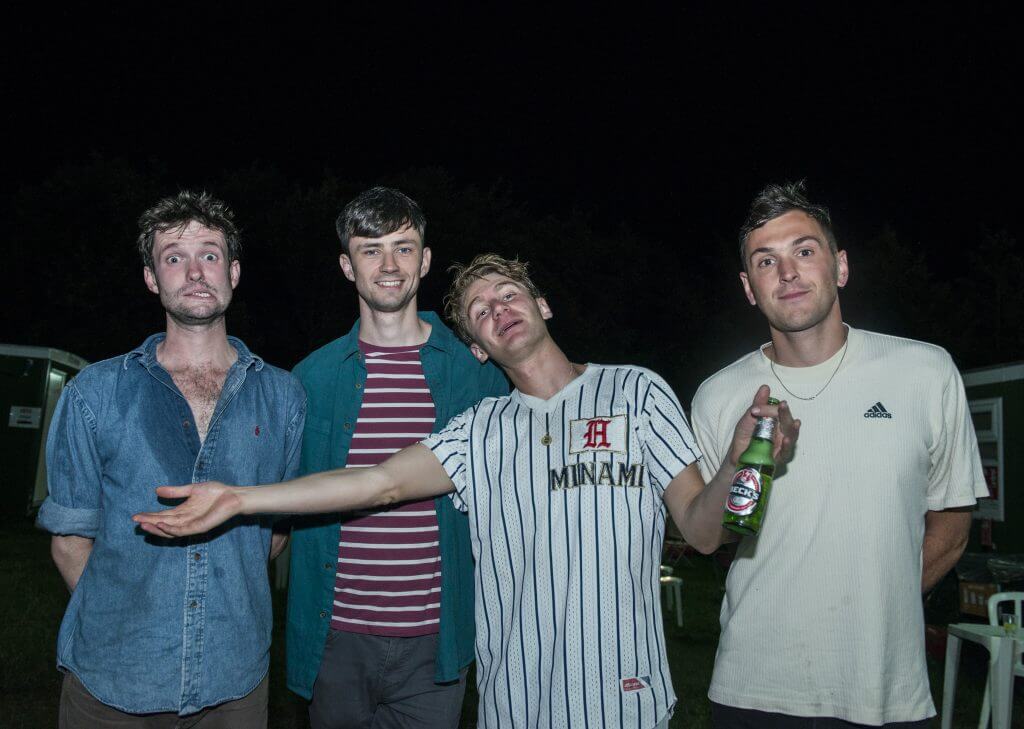 And so to finish – a good old Sheffield band, While She Sleeps on the Lock up stage. I didn’t quite get the access I wanted on this one but we still got some decent shots in. Not exactly ending on a high, but all round another great Leeds Festival made all the better for the team experience. Big thanks to Festival Republic and check out more images at http://photos.leedsfestival.com/2017/gallery/ 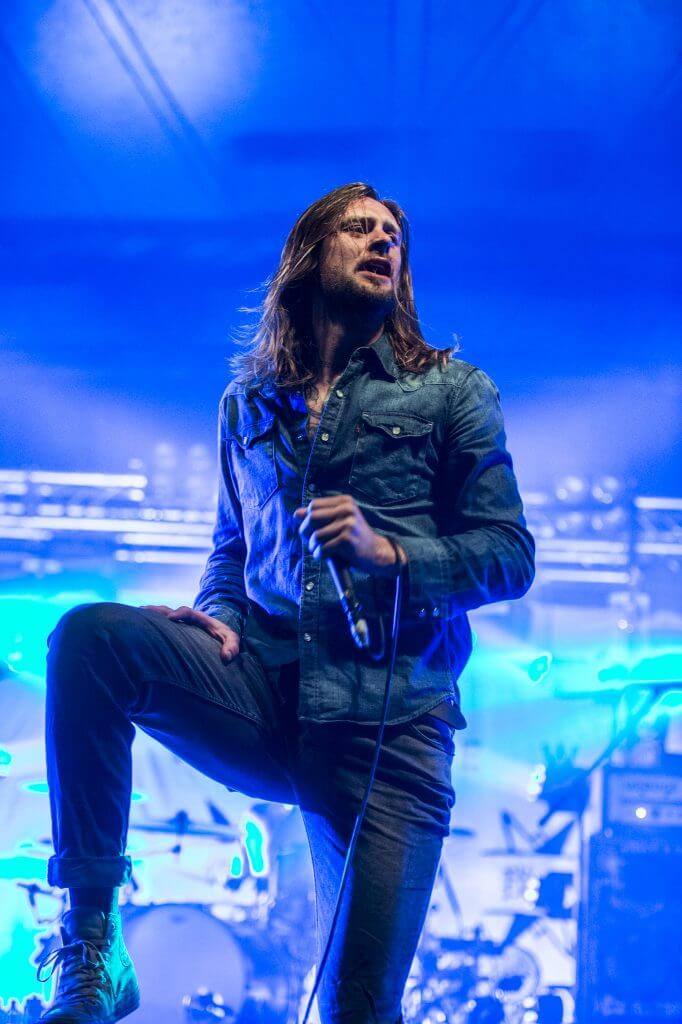 Artist While she sleeps, Stage The Lock up